Shares of e-commerce giant Shopify (NYSE:SHOP) dropped by 11% in September, according to data provided by S&P Global Market Intelligence. That was a continuation of a downward trend that began in July, when Shopify shares hit a record peak and were trading at sky-high valuations. There was no bad news for the company — indeed, it recently announced some positive developments. Nonetheless, investors seemed to think it was too highly valued.

Shopify has posted phenomenal growth for years, and that continued with the second-quarter report it delivered in July. Sales increased 57% year over year to top $1 billion for the first time, gross merchandise volume increased 40% year over year for a record $42 billion, and net income zoomed up by more than 2,000% from $36 million to $879 million. Still, the stock began to slip that month.

In August, the e-commerce leader, which provides full-scale, customizable, pre-fab “storefronts” for online businesses, announced a new partnership with video social network TikTok for clients to offer a shopping tab on their TikTok accounts. It has also partnered with “buy now, pay later” company Affirm Holdings to offer its services through its merchant accounts, and it rolled out major platform upgrades over the summer.

Management said it expects growth for the rest of the year will be slower than it was in 2020, but still be robust, and that shouldn’t scare investors. People are back to in-store shopping, and that might affect Shopify in the short term, but there are so many reasons to be confident in its future. The company sees a $153 billion total addressable market, and it came in second, only behind Amazon, in 2020 e-commerce market share, according to eMarketer.

Shopify stock has risen by more than 3,000% over the past five years, and it was trading at around 800 times trailing 12-month earnings in January. That’s super-high even for a growth company. It’s now up 20% year to date and trading at a price-to-earnings ratio of 70, which is an attractive valuation for a company of its caliber. With its ample growth prospects and history of success, investors may want to buy shares at their newly lowered price.

Sat Oct 9 , 2021
Dare to be distinct Conformity crushes marketers and marketing—yet only 40% of the b-to-b CMOs surveyed believe their marketing is distinct from their competitors. Commodities aren’t us. Stand out. Better yet, be unique, inside and out. If the product or service you’ve been given isn’t distinct, then work with your […] 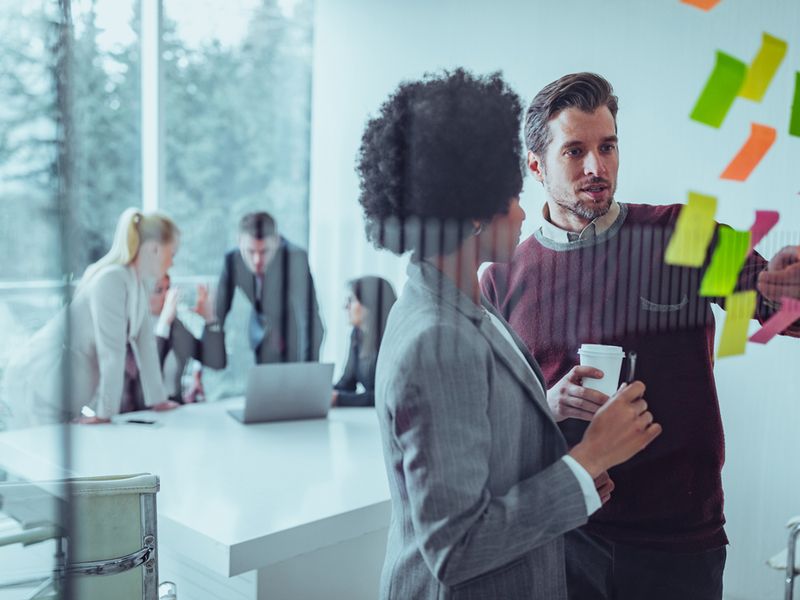 The a lot quicker metabolism of finance, as observed by a veteran broker