WASHINGTON (AP) — The United States and the European Union agreed Wednesday to carry on the work of 10 expert-level panels to explore and recommend solutions to a variety of trade disputes and challenges.

During the first of two days of trade and technology talks in Pittsburgh, they instructed the working groups to continue deliberations on matters ranging from climate and clean tech and technology standards to global trade issues, including tariffs that have strained U.S.-EU relations and predatory commercial practices by China.

Commerce Secretary Gina Raimondo and Trade Representative Katherine Tai led the U.S. delegation, accompanied by Secretary of State Antony Blinken, for the inaugural meeting of the U.S.-EU Trade and Technology Council. The meeting took place in an atmosphere clouded by recent EU anger over being excluded from a new U.S.-British-Australian security initiative for the Indo-Pacific that aims to counter China’s increasing assertiveness in the region.

Raimondo said the contentious Indo-Pacific dispute was outside the mandate of the TTC and was not discussed in the talks, while Blinken and the EU delegation hailed the talks as extremely productive and cooperative in pushing to create new rules of the road for global commerce.

“We’re working very, very closely together,” Blinken said. “When we’re working together we have a unique ability to help shape the norms and standards and rules that will govern the way technology is used; technology affects the lives of virtually all of our citizens. We have an ability to set the pace to set the standard.”

In a joint statement released after Wednesday’s discussions, the two sides agreed on the need to maintain investment screening and export controls, affirmed their intention to develop artificial intelligence systems that are “innovative and trustworthy” and “respect universal human rights and shared democratic values,” and committed to partnering on a rebalance of semi-conductor supply chains.

They also agreed that the working group on export controls would meet again Oct. 27.

The two sides had been hoping to make progress on several disputes, including U.S. tariffs on EU steel and aluminum imports, and a unified stance against predatory Chinese commercial policies. But the 17-page joint statement made no specific mention of either issue and contained no references to China by name.

Administration officials had said the talks in Pittsburgh would mark the start of a new trans=Atlantic process that would focus on semiconductors, supply chains, vaccines and climate change, along with studies on artificial intelligence and high-tech telecommunications, notably advanced 6G networks.

The White House, in part, viewed the gathering as an opportunity to renew its push for improved coordination against what the administration sees as coercive and unfair trade practices by Beijing.

The administration had been expected to underscore that the United States and Europe need to continue to work on building resilience against China and other countries engaging in unfair economic practices, according to a person familiar with U.S. preparations. The person was not authorized to comment publicly and spoke on the condition of anonymity.

But it was unclear how much of an appetite there is among some European allies to push harder on Beijing. In short public remarks, neither the American side nor the European Commission delegation, headed by its two executive vice-presidents, Margrethe Vestager and Valdis Dombrovskis, made mention of the matter.

Launched in June during Biden’s visit to Europe, the TTC attracted little attention initially, but it became a focal point for growing tensions between the U.S. and France, as the government in Paris sought to delay this meeting.

Those tensions exploded earlier this month when the U.S., Britain and Australia announced their new Indo-Pacific security initiative, known as AUKUS, that pointedly excluded France and the EU, and most immediately resulted in the cancellation of a multibillion-dollar Australian-French submarine contract. France reacted with rage to the announcement, which it called a “stab in the back” by ostensible allies, and recalled its ambassadors to the United States and Australia.

Among the French complaints, which have been echoed by EU leaders, are that the European Union has an active and important role in the Indo-Pacific and that any move to blunt Chinese influence there or elsewhere will not be successful without it.

Biden, at June’s Group of Seven summit in Carbis Bay, England, successfully pressed fellow leaders to include specific language criticizing China’s use of forced labor and other human rights abuses in their joint communique.

Canada, the United Kingdom, France and Japan largely endorsed the Biden administration’s position, while Germany, Italy and the European Union showed hesitancy during the talks.

The Pittsburgh talks came as the Biden administration is looking to soon complete its review of the Trump administration’s trade policies toward China.

Copyright 2021 The Associated Press. All rights reserved. This material may not be published, broadcast, rewritten or redistributed.

Thu Sep 30 , 2021
The Dow Jones Industrial Average moved lower on Thursday as Wall Street looked to close out a rough month. The 30-stock average dropped 400 points, or more than 1%, after rising at the opening bell. The broader S&P 500 was down 0.8%, while the tech-heavy Nasdaq Composite ticked down 0.3% […] 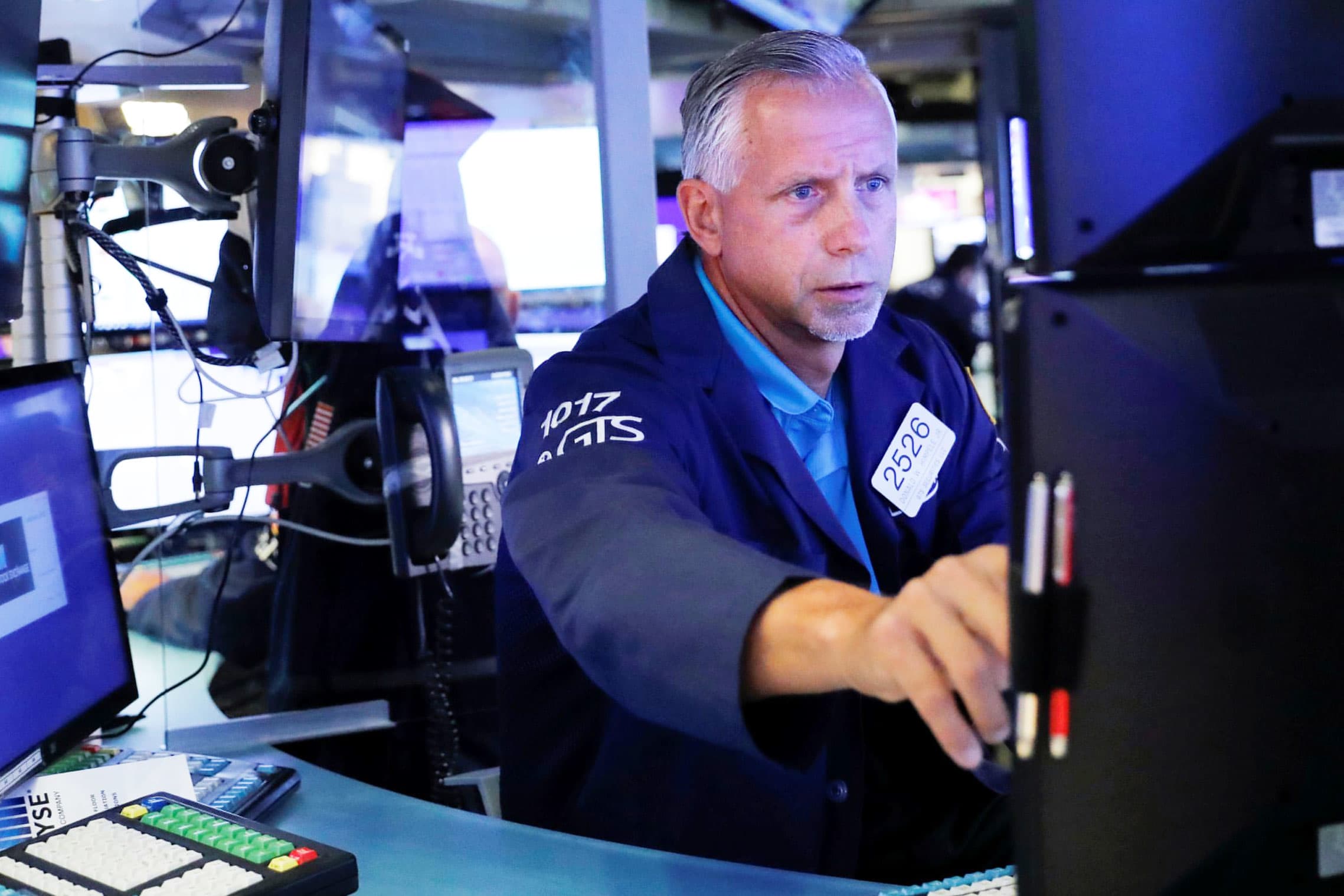