FOX Business’ Madison Alworth reports on two businesses that moved from California to Nashville, Tenn., citing high taxes in the Golden State as the main reason.

The number of businesses fleeing California is on the rise with some companies moving to Nashville, Tenn., citing lower taxes as a main driver.

“Tennessee made perfect sense because we knew we could gain more, grow more and do better here in this space, in this state, than we would in California for sure,” Janet Mueller, a partner at Bold Patriot Brewing Company in Nashville, said in an interview that aired on Thursday on “Mornings with Maria.”

FOX Business’ Madison Alworth reported that the decision for Bold Patriot Brewing Company to move from California to Nashville took place just as the company was about to sign a seven-year lease in the Golden State.

Mueller said, “We all kind of stopped and pondered and then looked at each other, and were like, ‘Do we really want to be stuck here for seven more years?’”

Todd Hood, Bold Patriot Brewing Company’s head brewer noted that “any time you make a big move across the country, especially over 2,000 miles, you never know when the right time is, but you just have to kind of take a leap of faith.”

The migration out of California is taking place across a broad range of industries, including manufacturing and technology.

Since the beginning of 2018, California has seen 265 companies relocate their headquarters outside of the state – 74 of which left in the first six months of 2021, according to a recent analysis published by the Hoover Institution, a right-leaning think tank at Stanford University. By comparison, 62 businesses moved outside of the state in 2020, while 78 relocated in 2019. In 2018, 58 companies exited the state.

The analysis published by the Hoover Institution in August notes reasons for the exodus from California include, “high tax rates, punitive regulations, high labor costs, high utility and energy costs, and declining quality of life for many Californians which reflects the cost of living and housing affordability.”

The headquarter exits include Big Tech legacy firms like Hewlett-Packard Enterprises, which moved its headquarters to Texas, but also smaller, rapidly growing firms like DARVIS, which helps digitize hospital logistics, hygiene and documentation. DARVIS, a former San Francisco-based health-tech startup, has been headquartered in Nashville, Tenn., since June.

Cities like Dallas, Texas are benefiting from homebuyers from high-tax states with deep pockets. Real estate executive Rogers Healy weighs in on the ‘new reality’ of the business.

DARVIS, an acronym for Data Analytic Real-World Visual Intelligence System, offers technology that can track the condition and availability of hospital beds throughout a facility and can keep track of medical inventory as well as assess medical equipment sanitation, The Nashville Post reported.

“The introduction of automated technology within the workspace allows more time for providers to do what they are trained to do–care for patients,” co-founder Jan Schlueter said in a news release. “The concentration of health care systems and the vast experience of health care stakeholders in Nashville made the city the perfect place to move our headquarters.”

Schlueter told FOX Business on Thursday that “the great support” from the Nashville Area Chamber of Commerce was also a “huge factor.”

Lenny Magill, the founder and CEO of GlockStore, which sells Glock weapons, accessories, and parts, said Nashville was a good fit, especially given shipping is key to his business.

He said, “80% of the population in the United States can drive to Nashville within a day and it’s amazing.”

Alworth reported that the main reason for the move to Nashville is the same for GlockStore and Bold Patriot Brewing Company.

“It’s really one word and the word is ‘theft,’” Hood said, acknowledging that he was “just kidding” when referring to taxes.

“Personal taxes and business taxes in California are overwhelming,” he explained.

Magill noted that his bottom line expanded outside of California.

“Your business is successful and you make enough money and all of a sudden you start to look at the numbers of tax dollars you’re paying and you realize that it’s just a huge number,” he said.

Alworth reported that in addition to no state income tax, both business owners cited the lower cost of living and the ability to have more space as factors in their decision to move from California to Tennessee. 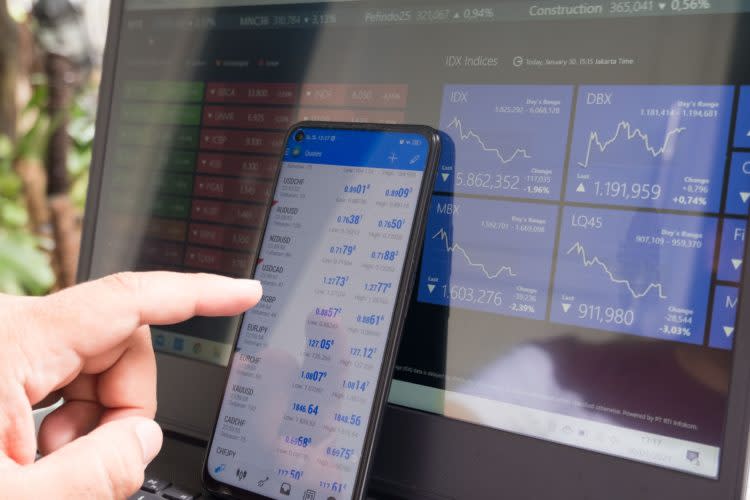