U.S. stocks ended mixed and energy prices soared Monday after an escalation of sanctions against Russia amid an ongoing conflict in Ukraine stoked further uncertainty over the outlook for global financial markets.

The S&P 500 and Dow dropped, but came well off session lows. The Nasdaq ended slightly higher. West Texas intermediate crude oil prices (CL=F) soared to as much as $99.10 per barrel before paring some gains. Brent crude (BZ=F), the international standard, rose to a near seven-year high of more than $104 per barrel. Gold prices jumped while Treasury yields slid as investors piled into safe haven assets.

The market moves Monday came following a tumultuous weekend of fighting in Ukraine as Russia continued its attacks. A new set of sanctions slammed Russia as major Western countries responded to the invasion. And news that Russian President Vladimir Putin had put the country’s nuclear deterrence forces on high alert added to jitters across global financial markets.

The SWIFT bank bans “would make it more difficult (though not impossible) for these institutions to make cross-border payments,” Capital Economics group chief economist Neil Shearing wrote in a note Monday. “So far at least the West has stopped short of a ban on energy imports from Russia, which would be the most powerful sanctions they could implement.”

“At the same time, the US, European Union, UK and Canada have announced sanctions on the Central Bank of Russia (CBR),” Shearing added. “This is perhaps a more significant move since it will substantially reduce the ability of the CBR to liquidate its foreign assets to support the ruble and help Russian firms service FX-denominated liabilities. Around 40% of Russia’s international reserves are held in the financial systems of the countries that have signed up to these sanctions.”

The newest sanctions from the West add to a host of others unleashed against major Russian financial institutions, sovereign debt and key officials last week. The ruble opened lower by about 30% against the dollar in offshore trading, and Russia’s central bank more than doubled its benchmark interest rate to a near two-decade high of 20% in a move to try and help counter the currency’s depreciation.

“While market fundamentals in the U.S. have seen very minimal deterioration, sentiment-driven concerns are unlikely to change anytime soon. From a market perspective, sanctions against Russia will likely have the largest impact on currency markets, including the ruble, the Euro and the dollar,” David Bahnsen, chief investment officer of The Bahnsen Group, wrote in an email Monday morning.

Still, investors have closely monitored for further fallout for global financial markets and corporations. Automakers including Volkswagen, Renault and Finnish tire-maker Nokian Tyers said late last week they were halting or shifting production due to supply chain disruptions and shortages exacerbated after Russia’s invasion of Ukraine. And while sanctions have stopped short of curbing energy exports from Russia, the world’s third-largest oil producer, traders have remained on alert for any direct or indirect impact of the geopolitical conflict to the already tight global energy markets.

“We continue to think that the overall impact on global supply chains will be relatively small, but the expulsion of some Russian banks from SWIFT means that non-energy trade between Russia and Europe is likely to slump,” Capital Economics’ Shearing said. “Attacks on infrastructure that carries gas to Western Europe may push up prices further and add to inflation pressure. And the additional sanctions may prompt retaliation from Russia, which could cut energy imports to Western Europe.”

Bitcoin (BTC-USD) shook off volatility seen in other risk assets and jumped Monday, rising about 4% to top $40,000.

The largest cryptocurrency by market capitalization reached more than $41,000 just after 11 a.m. in New York, according to Yahoo Finance data. This marked the highest since Feb. 17.

The move came amid a surge in volume of ruble-denominated crypto trading, with many hastening to get their money out of Russia’s currency as sanctions ramped up from major Western nations. According to CoinDesk, ruble-denominated Bitcoin volume recently reached a 9-month high.

The U.S. goods trade deficit rose to a record level in January after the value of imports jumped further as companies looked to meet elevated consumer demand.

The trade gap came in at $107.6 billion at the start of 2022, the Commerce Department said Monday. This was larger than the $99.5 billion consensus economists were expecting, according to Bloomberg data, and increased from the $100.5 billion goods trade deficit from December.

Nearly every goods categories posted an increase in imports for the month. On a percentage basis, foods, feeds and beverages saw the largest jump at 8.6%, with the value of these rising to $17 billion. Industrial supplies and capital goods imports each rose by around 2%, coming in at nearly $62 billion and $69 billion, respectively.

A 12.5% plunge in exports of consumer goods contributed heavily to the overall contraction in January exports. Exports or automotive vehicles and industrials supplies also fell.

Here’s where markets were trading just after the opening bell Monday morning:

Here were the main moves in markets Monday morning:

At occasions of war internet marketing is rendered superficial and ridiculous

Mon Feb 28 , 2022
Source: Shutterstock I know its customary to complain when someone asks to ‘pick your brain’ for no cost and completely out of the blue, but I like remaining hit up for qualified favours. Not by everybody. But when 1 of my ex-college students reaches out I constantly feel a pang […] 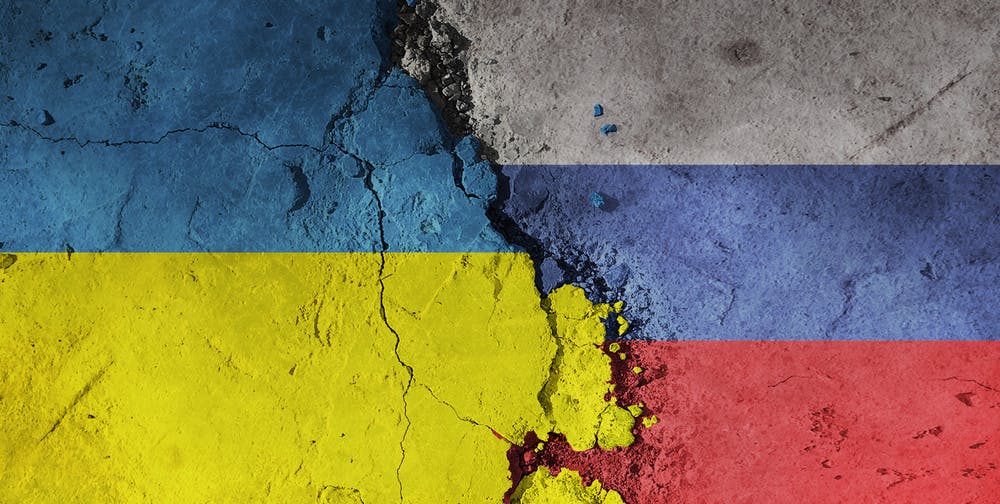