The birth of computational finance as a discipline can be traced to Harry Markowitz in the early 1950s. Markowitz conceived of the portfolio selection problem as an exercise in mean-variance optimization. This required more computer power than was available at the time, so he worked on useful algorithms for approximate solutions.

Jacob Fuller: I don’t care if you’re a preacher, a priest, a nun, a rabbi or a Buddhist monk. Many, many times during your life you will look at your reflection in a mirror and ask yourself: am I a fool?

From Dusk Till Dawn

Markowitz’s research was an early indication of the power of information. Over the last several years, my articles have tried to demonstrate the advantages of low level logic and algorithmic elegance over legacy market analytical methodologies. The apparent uniqueness of my research has puzzled me.

Therefore, it was a pleasant surprise to get some positive reinforcement from Stephen Wolfram. Wolfram started working with computers in the early 70’s after getting a PhD in particle physics (at 20) from Cal Tech. He is best known for designing Mathematica, and his fascinating (but long) book, A New Kind Of Science.

My computer career started in the mid 70’s and, needless to say, followed a much humbler vector. General topics on which we seem to have similar views include:

Important breakthroughs in stock market time series analysis will probably be dependent on an improved understanding of financial time. Wolfram’s ideas imply a potentially useful understanding of time which is related to the propagation of information. He mentions in an interview; time rewrites the hypergraph of space.

I’m at least a few weeks away from solving the financial time problem.

Some years ago, it seemed the major academic discipline covering my research was computational finance. A lot of the work involves maximizing processing speed or minimizing processing time. It turns out that there are newer disciplines that serious practitioners should be aware of:

A major goal of stock market analysis is to understand the high dimensional probability structure of possible return outcomes.

Intermediate downtrends have not been frequent market visitors recently and this one has been textbook.

A very pretty topping formation appeared in the first ellipse playing out from the beginning of December through mid January. Topping formations will often turn out OK to the upside (buy the dip) but this is an example of the classic bear pattern following through. That is, an expected decline from the neckline equal to the distance between the neckline and top:

The voice telling you to get out now on January 14th was the final white candle in the first ellipse, closing around 465. That candle gapped down below the 54 day moving average CO and the reaction OC was positive but feeble, going into the long weekend. It wasn’t easy and maybe inadvisable to let go of positions after that.

The mid January low (Fed Week Monday) was questionable. The counter bull move beginning off the January low is shown by the second ellipse. The two floating tops are exceptionally pathetic, not even touching the 54 day simple moving average. I noticed commentary that misread that formation, but probably I’ve said crazier things.

The current move above the 54 day is encouraging. This move looks strong because the advance took out both the 18 and 54 day moving averages without loitering inside the gap between them. In addition, this was the first rally that took out a counter trend high (439.74 on March 3).

This reinforces the impression that this bottoming action is significant.

The 13 and 39 month simple moving averages are useful to look at for longer term analysis.

The two previous intermediate downtrends and the current one are shown in ellipses. The March candle had been black prior to last week’s rally. At this point there seems to be significant support around the 13 month moving average.

A long term technical issue is the increasing gap between the 13 month and 39 month moving averages making it hard to avoid thinking about mean reversion. The gap began increasing in early 2021. Obviously, sell decisions during 2021 based on that happening were sub optimal.

The previous two declines were both serious enough to penetrate the 39 month, but the distance was much closer for those excursions.

The steady, uninterrupted nature of the advance from March/April 2020 through December 2021 makes predicting significant support points a little dicey. At least we now know that the current one around the 13 month is significant.

Master Kan: Your tread must be light and sure, as though your path were upon rice paper. It is said, a Shaolin priest can walk through walls. Looked for, he can not be seen. Listened for, he can not be heard. Touched, can not be felt. This rice paper is the test. Fragile as the wings of the dragon fly, clinging as the cocoon of the silk worm. When you can walk its length and leave no trace, you will have learned.

Cellular automata is “a collection of cells on a grid of specified shape that evolves over time according to a set of rules driven by the state of the neighboring cells”.

On an abstract level, win rate analysis applied to the market is quite similar to cellular automata, and easy to understand.

It goes almost without saying, that win rates deserve a lot more attention in market analytical methodologies. Like a lot of things, the lack of attention is a symptom of academic cognitive deficiencies caused by ignorance of applied information theory… or not.

There have been 53 trade days between the beginning of the year and now. This period exactly captures the current intermediate trend.

Daily performance can be evaluated as the natural log of the daily return. This is expressed as CC, or Close to Close. Important detail is added by calculating return for the CO and OC finite states. It is not strictly necessary to calculate CC because it can be derived from arithmetic:

Stocks will not perform well with win rates close to 50%. The recent 4 day rally has improved win rates considerably but wCC (CC Win Rate) is consistently below or near 50% except for ERX and XLE.

Common statistics are shown in the columns to the right. Beat The Market With Delta Force showed that standard deviation (sdCC), correlation with SPY (coCC), and beta with SPY (beCC) can be calculated for a derivative (leveraged ETF) by the formulas:

The study shows that this is still the case. The big mystery is why the similar calculation for return (Return derivative = Return underlying * delta) is much less accurate. Delta Force demonstrated that the calculation can be shown to be approximately true. My impression is that traditional explanations for this behavior are incoherent.

The CC/CO/OC logical structure can also be used to assign binary codes of 1 or 0 to indicate whether a return was positive or not. This might be counter intuitive because this operation obscures the exact nature of the daily return.

There are four different possibilities with the CO/OC binary numbers that are analogous to flipping a coin twice. The results of the flips can be expressed as a two digit binary number. Another term for a two digit (base 4) binary number is quaternary (or quat).

Zombi is an acronym that currently stands for Zero Optimized Binary Inferentiation. “Inferentiation” is close to not being a legal word; inductive inference is a widely used term and is closely related.

“…inductive inference is based on a generalization from a finite set of past observations, extending the observed pattern or relation to other future instances or instances occurring elsewhere.”

This type of analysis is important for evaluating daily high dimensional return probabilities.

The colored columns contain the percentage of days with double wins and losses. There are 53 days in the sample.

An important dimensionality issue is that the percent win and loss is not needed because we know that the CC11 is 100% and CC00 is 0%.

CC10 is consistently negative while CC01 is positive. I think this pattern is unknown to legacy analytics, and it is apparently true in all the market environments. On some level, it may prove “buy the dip”.

In these states, it is necessary to calculate a CC win percent.

The CO1 table shows that after a positive CO excursion, a negative OC excursion will probably wipe out the profits from CO. In the current sample, CO1 happens about half the time (dCC11 + dCC10).

This behavior is quite consistent across all types of market environments.

I hope this article shows the potential power of this type of information based analytical methodology. It seems that quat zombi analysis has some importance in understanding some of the implications of market time.

Wed Mar 30 , 2022
The federal American Rescue Strategy Act presents financial stimulus and restoration cash to communities around the region. So people counties and neighborhood communities are slowly identifying how to proficiently allocate their funds. Several are generating their very own little business grant applications to guidance corporations that have struggled over the […] 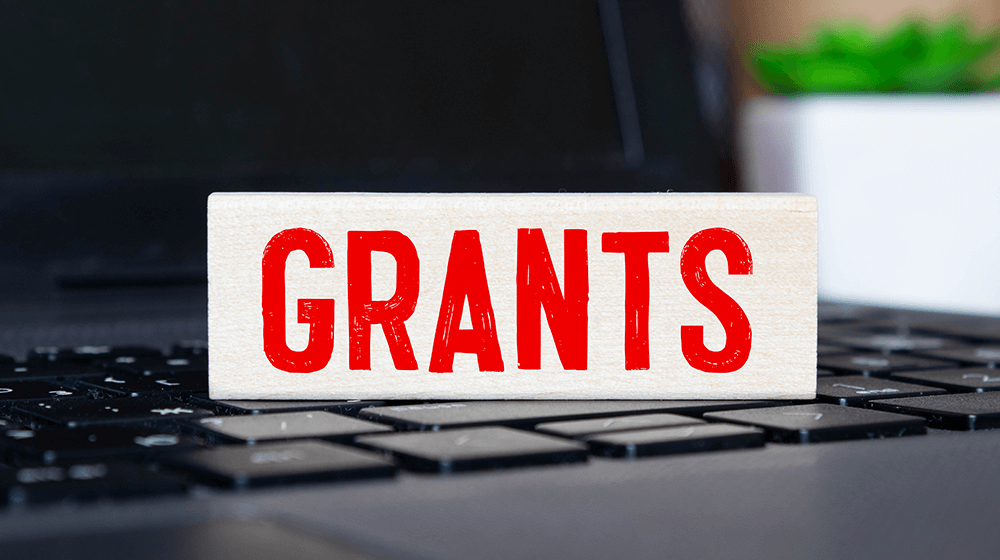