Shopify (NYSE:SHOP) has been one of the best stocks on the market over the last five years, up roughly 3,000%. How has the company differentiated itself and become the first name in small-business e-commerce?

In this segment of Motley Fool Live recorded on Oct. 7, Fool contributor Trevor Jennewine explains how Shopfiy has become so dominant in e-commerce software.

Trevor Jennewine: As Jon mentioned, I am going to be talking about Shopify, the ticker is S-H-O-P. Hopefully, you guys can see that. This is a Fool favorite. I’m sure most people out there are familiar with Shopify. The company provides its software and services to help merchants basically run their businesses across physical and digital channels.

This includes everything from the point-of-sale software to manage orders and inventory, to tools for payment processing, discounted shipping, marketing, financing, fulfillment. Then on top of that, Shopify has created such a big ecosystem that it’s drawing developers. There’s the Shopify App marketplace that has thousands of different apps that increase the functionality on top of what I just mentioned.

Shopify is really a comprehensive solution for omnichannel commerce. That word omnichannel just means it helps with both physical and digital sales. That is the direction that commerce is headed and that’s been a strength for the company over the last five years. As you can see from the Y-charts graph here, it has absolutely crushed the market. The S&P 500 line represents just the return of the S&P 500. But even if you include the total returns which will be reinvesting dividends, still absolutely crushed the market. One of the reasons that that has happened is that omnichannel approach. But another reason is the company really has merchant-centric business model.

Unlike a marketplace like Amazon, Shopify helps its brands, so you are not pulling everybody onto one marketplace, which is a fine strategy that’s worked very well for Amazon. But when you shop on Amazon, you probably don’t typically know who you are buying from. I’ve bought several things off Amazon in the last few weeks and I don’t actually remember any of the sellers. It’s different with a Shopify store. Shopify, f their logo is there at all, it’s in the very bottom of the screen. Their story is really about the brand, it’s not about Shopify. I think that merchant-centric approach has really helped the company gained traction with merchants, there are 1.7 million businesses on Shopify’s platform right now. That’s really made it a market leader in this segment.

I’m going to show a chart from builtwith.com. This looks at across the entire internet, the e-commerce websites on the internet, what percentage of them are using Shopify versus other services. Shopify, you can see it has 26% market share there, WooCommerce is close with 25%. If you start to narrow this down from the entire internet, like the top 100,000 sites, to the top 10,000 sites. Shopify’s market share expands and WooCommerce declines. I take that to mean that WooCommerce is powering some of the smaller sites out there, while Shopify is getting some of the bigger, small and medium-sized sellers on its platform.

Sun Oct 24 , 2021
In a country bedeviled by acute shortages of goods and workers, Prime Minister Boris Johnson is portraying the chaos as a source of national revival. Gas stations in Britain have recently had no gas and grocery items are sparse in part because of difficulties in delivering such goods. That is […] 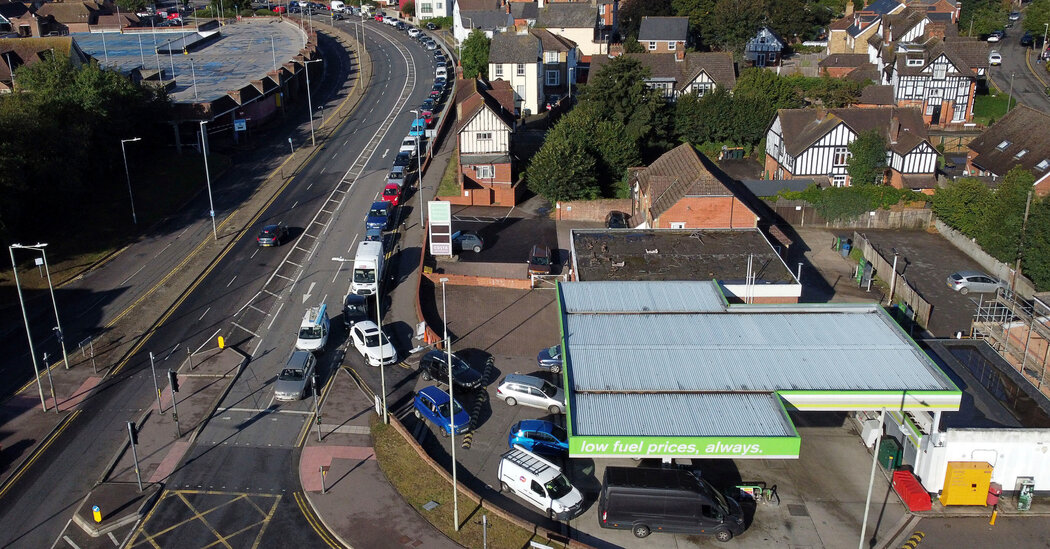