We all want to know where the markets are going. They’re off their record peaks, hit in earlier September, and the main indexes have recently been alternating up and down sessions. It’s a confusing situation, and investors can be forgiven for uncertainty.

Ari Wald, head of technical analysis at Oppenheimer, believes the S&P “becomes increasingly attractive toward 4,230 (July low).” Looking ahead, Wald boosts his Q1’22 projection for the benchmark index to 4,800 from 4,400.

Noting that the index-leading stocks have led the recent losses, Wald points out that this generally happens when investors have nothing left to sell – and it’s a sign that the selling pressure is getting ‘less bad.’ Additionally, the VIX, a measure of volatility, is showing lower peaks, another sign that investors can expect a bullish turn in the coming weeks.

Broadening the view, Walk points out that during last week’s market slip, fewer stocks saw their prices fall than in previous setbacks. He describes this as indicative of a ‘less intense low,’ and says that what we’ve seen can be described as ‘first the bang, then the whimper.’ In Wald’s view, the S&P will grow more and more attractive as it moves up toward 4,800. That target represents a 10% upside potential from the index’s current reading.

Against this backdrop, Oppenheimer’s stock analysts have been selecting the equities they see gaining in the next 12 months – and the gains they forecast are substantial. These are stocks which, in their view, are poised to double or more. Let’s take a closer look.

We’ll start with a stock that takes a unique spin on the electric vehicle niche. Lilium, a German-based firm, is developing an electric-powered vertical take-off and landing (eVTOL) commuter passenger aircraft. The Lilium Jet will be fully compatible with existing heliport landing pads, can recharge in a matter of hours, and can carry six people plus their luggage. The company is targeting a 2024 introduction of the jet into the market.

It’s fair to ask, if the Lilium jet is electric, and does not burn fuel, how do its jet engines function? The company is working with electrically powered ducted vectored thrust; that is, the engines use electric turbines to pull air into the engine ducts, accelerate it, and vent it through the thrust nozzles. The engines – a total of 18 – are mounted on the rear flap of the front canards and rear wings. Their ability to ‘vector,’ or angle the thrusters down, permits the vertical takeoff, while their level position enables cruising flight.

Lilium proved its concept in 2017, with a single-seat piloted prototype. The company has been working on the larger, 7-seat commuter version since then.

Like many companies, Lilium has taken advantage of the markets general upward trend to go public. Lilium completed a SPAC transaction in September, with Qell Acquisition Corporation, and the LILM ticker started trading on the NASDAQ on September 15. The SPAC combination brought the company $584 million in gross proceeds and Lilium now company boasts a market cap of $2.84 billion.

Covering Lilium for Oppenheimer, 5-star analyst Colin Rusch is impressed by the company’s ability to position itself for a newly opening niche.

“We view Lilium as a leading technology player in the emerging electric vertical takeoff and landing (eVTOL) space. We believe it is well-positioned to leverage a differentiated technology platform, strong strategic partnerships, and a seasoned management team into outsized market share in a disruptive industry…. We see the potential for eVTOLs to transform urban and regional mobility partners for both people and cargo. We also see the potential for emissions reduction in excess of over-the-road solutions and current efforts to decarbonize the regional aviation industry. We believe the market for passenger air taxis could reach $150B-plus by 2035,” Rusch explained.

In line with these comments, Rusch puts an Outperform rating (i.e. Buy) on LILM, and his $24 price target implies an upside of 140% in the next 12 months. (To watch Rusch’s track record, click here)

Lilium has only attracted 2 analyst reviews recently, but they both agree that this is a stock to buy, making the Moderate Buy consensus rating unanimous. LILM is priced at $10.01 and has an average target of $20.50; this suggests ~105% upside potential in the coming year. (See LILM stock analysis on TipRanks)

Our next stock, Clene, takes us into the biopharmaceutical industry. Clene is involved in clinical-stage research using nanotechnology to treat bioenergetic failure, an underlying contributor to many neurodegenerative diseases. Clene’s product development focuses on bioenergetic nanocatalysts. This new class of drugs is designed to ‘hot wire’ neurorepair through bioenergetic catalysis, enhancing available energy for biosystems. In simpler terms, Clene is looking to boost the body’s ability to self-repair, improving neurofunctions at the cellular level.

Clene’s research program has four drug candidates, each based on different metallic nanocrystals. Two of these candidates, CNM-AgZN17 and CNM-PtAu7, are in preclinical phases of testing, while one, CNM-ZnAg, is undergoing a single Phase 1 clinical trial. This candidate is being tested as an anti-viral and anti-bacterial agent, and results from the study are expected in 1H22.

The lead candidate, however, is CNM-Au8, a ‘concentrated nanocrystalline gold suspension’ designed to drive critical cellular bioenergetic reactions within central nervous system neurons. This drug candidate is currently being evaluated in no fewer than 4 clinical programs, testing its efficacy against Parkinson’s disease, multiple sclerosis, and in 2 amyotrophic lateral sclerosis (ALS) programs.

In data presented for the Phase 2 REPAIR study, against Parkinson’s, CNM-Au8 showed ‘normalization of several critical markets of brain energy production.’ No serious adverse effects were reported, and only mild or transient ‘treatment-emergent’ adverse effects were noted.

In the Phase 3 HEALEY study, testing CNM-Au8 against ALS, the company initiated dosing in July of 2020 and expects top-line data to become available in the first half of next year. In fact, there are several clinical trial milestone catalysts anticipated between 4Q21 and into the first half of 2024.

Clene has been a public company for less than one year, having entered the public markets through a SPAC transaction last December. The combination, with Tottenham Acquisition I Limited, brought $31.9 million in capital proceeds, which Clene has used to fund operations.

Oppenheimer’s Leland Gershell is impressed by CNM-Au8’s ability to make multiple ‘shots on goal,’ and sees the drug candidate’s manifold potential uses as a clear positive for the company.

Getting into details, the analyst says of Clene’s program: “Gold-based lead candidate CNM-Au8 has been shown to enhance remyelination and neuroprotection in preclinical models of multiple sclerosis, Parkinson’s disease, and amyotrophic lateral sclerosis. Early Phase 2 indicators of efficacy in these settings support CNM-Au8’s disease-modifying potential, and safety has been unconcerning. A Phase 3 trial in ALS is on track to read out in 2Q22—ahead of which data on motor nerve function, to be revealed next quarter, could be instructive.”

The analyst summed up, “With CLNN’s potential to realize several multi-billion-dollar revenue opportunities, we see its… EV [enterprise value] as offering attractive risk-reward.”

Accordingly, Gershell rates CLNN an Outperform (i.e. Buy) along with a $20 price target. This figure suggests a one-year upside potential of a hefty ~200%. (To watch Gershell’s track record, click here)

Once again, we’re looking at a stock with 2 recent positive reviews and a Moderate Buy consensus rating. The stock is selling for $6.67 and has an average target of $19, for an upside of ~185% in the next 12 months. (See CLNN stock analysis on TipRanks)

The last stock on our list, Astria, is another new ticker. This company changed its name and stock symbol last month, from Catabasis, to reflect its shifted outlook. Astria takes a patient-first approach to the research and treatment of hereditary angioedema (HAE), a rare genetically-based disorder of the body’s vascular system. HAE causes recurrent episodes of fluid accumulation outside of their normal vessels, disrupting or blocking the normal flow and causing swelling in various systems, including the hands, feet, face, GI tract, or airways.

Astria’s lead product, STAR-0215, in a monoclonal antibody inhibitor of plasma kallikrein, a contributor to the HAE condition, and is in preclinical development stages. The drug candidate is designed to be a long-lasting preventative of HAE attacks.

STAR-0215 remains on track in its development. The company expects to file the Investigational New Drug Application (IND) in the middle of next year, and to initiate a Phase 1 human clinical study by the end of 2022. The initial testing is intended to demonstrate proof-of-concept for the drug candidate.

“The promising preclinical profile of ATXS’s lead product, STAR-0215 (formerly QLS-215), was accentuated during the presentation,” noted the 5-star analyst. “We have been highlighting STAR-0215’s differentiated profile (less frequent dosing, potentially better efficacy) from established competitors (Takzhyro, Cinryze, Haegarda, Orladeyo) as being favored by the evolving hereditary angioedema (HAE) landscape. Previously in stealth mode, we look forward to STAR-0215’s preclinical data to be presented in 4Q21.”

Singh uses his comments to back an Outperform (i.e. Buy) rating, and his $30 price target indicates confidence in a robust 248% one-year upside potential. (To watch Singh’s track record, click here)

All in all, there have been 5 recent reviews of this stock, and they all agree that it is a Buy proposition, making the Strong Buy consensus view unanimous. ATXS shares have an average target of $21.25, implying an upside of 146% from the current share price of $8.62. (See ATXS stock analysis on TipRanks)

Wed Oct 6 , 2021
Papyrus, paper, the printing press, television, the internet, the smartphone: the new communication technologies with the power to shape human culture invariably lead to revolutions in commercial communication too. The metaverse could be next, although I’m not really into making predictions. So while marketing’s obsession with the shiny and new […] 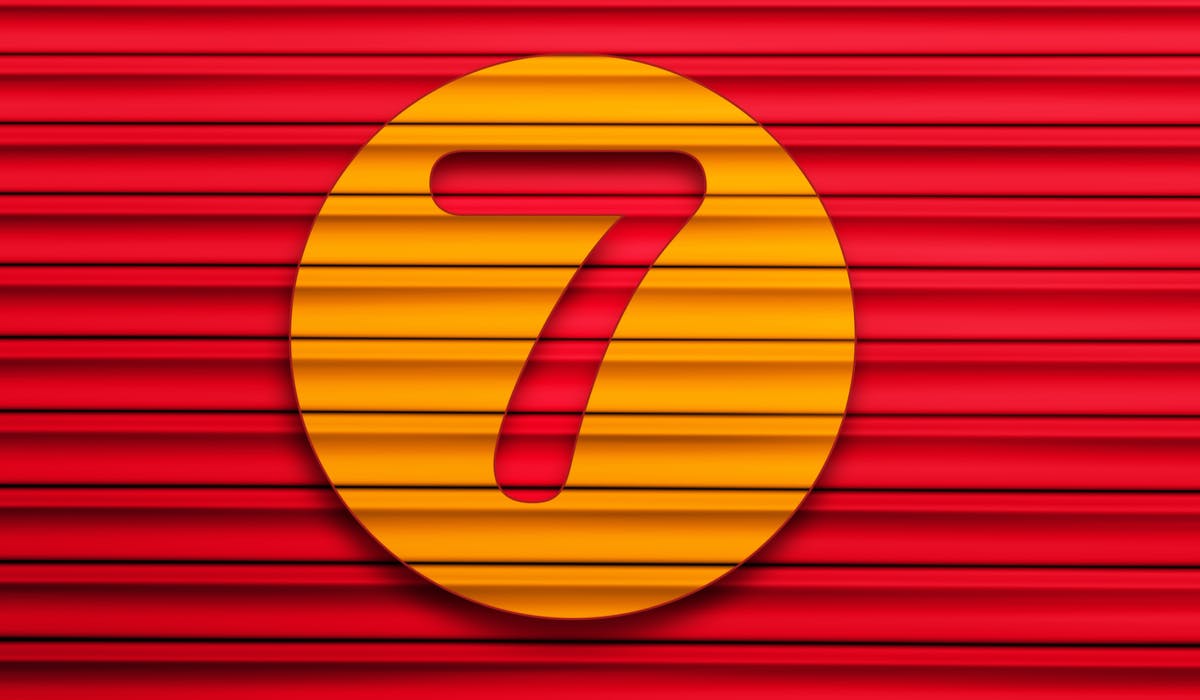 Gamestop and AMC up to 2022 ‘greatest gain in retail buying and selling history’: 40 Finance host